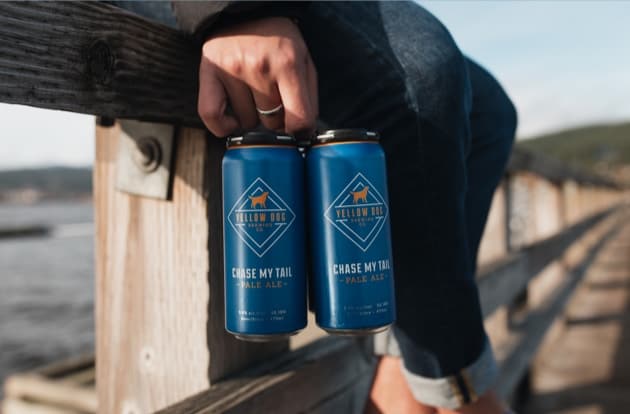 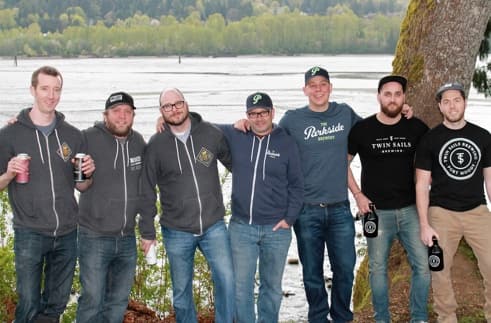 Welcome to The Row. Port Moody’s home to five breweries all within a small walk of each other. From local or out of town beer lovers, Brewers Row has become a vibrant destination. Stroll The Row any day of the week, hitting any or all the breweries you want. From west to east; Moody Ales is first up, then their sister brewery The Bakery, followed by Parkside, our very own Yellow Dog, and lastly Twin Sails. Whew, that’s a lot of breweries in a 400m radius. Hit them in any order you want, we’re all open 7 days a week. Being a part of such a fun, tight-knit community in the heart of Port Moody is something we’re super proud of. 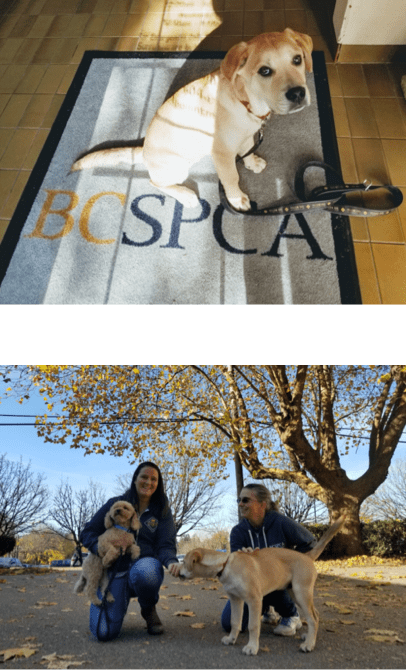 It’s no surprise that all of us at Yellow Dog Brewing are huge dog lovers. From our logo to our beer names, to our social media shrine of pups. As much as we cherish our dog companions, our love goes so much further than just that; we are lovers of all animals. Connecting our Company with an organization like the BC SPCA was a no brainer. Over the past six years, our relationship with the BC SPCA has evolved from a partnership into a friendship.

Mike and Melinda Coghill had supported the BC SPCA as individuals for years but when they opened up Yellow Dog they knew that they wanted to include their business as well. They connected with the BC SPCA to find ways on how their Company, a brewery named after a yellow dog, could get involved and pursue their passion in helping animals. From Paws For A Cause walks, Treat Week, Offleashed Galas, and Wine & Whisker events; we are continuing to find even more fun and unique ways to join the BC SPCA in their fundraising initiatives.

Each month we brew a specialty BC SPCA Puppy Batch in honour of a pup in need who’s been at the shelter for a little longer than usual. Our Puppy Batch Brews are speciality, smaller batched beers that allow our brewers to be creative and adventurous. 100% of proceeds from these batches go directly to the animlas at the BC SPCA. Keep an eye out next time you’re at the brewery and see if there’s a BC SPCA Puppy Batch beer that you can try out!

Owning now their third rescue pup, Finley, who keeping true to the theme is a Yellow Lab/Mastiff Cross, Mike and Melinda have inspired many of our staff to continue following the Adopt Don’t Shop mentality. Fifteen of our Yellow Dog staff have rescued an animal in their lifetime and say that they’d love to continue doing so. Mike and Melinda’s first two BC SPCA rescue’s Barley (Yellow Lab) and Porter (Toy Poodle named after our ‘Beer of the Year Award’ for our Shake a Paw Smoked Porter) continue the Yellow Dog theme from the “OG” original Yellow Lab, Chase, who is the ultimate inspiration behind Yellow Dog Brewing. It’s his photo on the wall, his silhouette in the logo, and his name in “Chase My Tail” Pale Ale. He’s unfortunately not with us anymore but he lives on forever through our brewery.

As of today, we are proud and excited to announce that we have donated over $55,000 (and of course lots of cold beer) to the BC SPCA! This number wouldn’t have been possible without the help of YOU. Thank you for helping us reach our goals by donating, participating in our fundraisers, and loving animals as much as we do. Together we can continue to give and support an organization near and dear to all our hearts.

We’d love for you to have a read on the article that the BC SPCA wrote about us in their February issue of Generosity in Action. You can check it out here. While you’re on their site, we want to encourage you to educate yourself and recognize all the amazing things they do!